This article describes how to locate a point of interest in the pipe with the integrated sonde on a SeeSnake® camera reel.

The sonde is located in the spring and is assembled between the end of the push cable and the camera. The sonde transmits a locatable 512 Hz signal that can be detected by receivers such as the RIDGID® SeekTech® SR-20, SR-24, SR-60, NaviTrack® II, or Scout™. 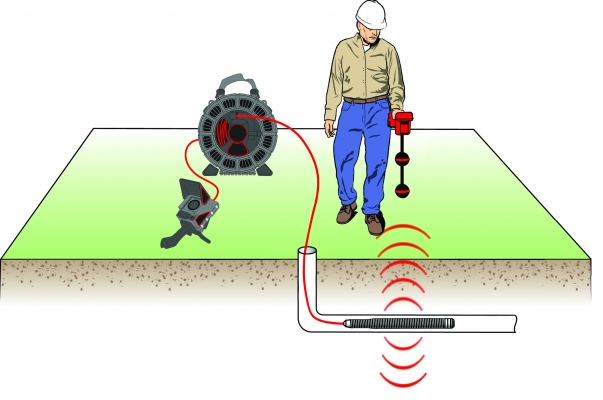 Learn how to play back recorded videos on SeeSnake CSx monitors.

Learn how to troubleshoot WI-FI connection issues between a CSx monitor and your mobile device.

Learn how to give jobs custom names on the SeeSnake CS65x digital reporting monitor.

How to capture PhotoTalk media on CSx Wi-Fi enabled monitors, the CS65, and the HQx Live mobile app.

Learn about the various keys and their functions on the CS6x, CS6x Versa, and CS6xPak.

Learn about the various keys on the CS65x keypad and keyboard.